The EU is about to be sacrificed on the death knell of the dollar, part 1 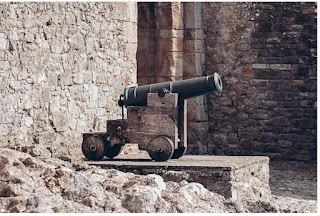 It is clear that a series of war diaries are coming

This second episode brings the latest events. Important news from Eurasian places like India helps for a world tour we will have to take.

Formally those happenings are linked to a new paradigm, so that war is not only economic but also political.

Well, when on February 24 Russia launched a special operation (see Putin's full speech) in Ukraine, it was not only the defence of the expansion zone that NATO together with the United States that Russia was defending but also its position for a multipolar paradigm. This was clear days earlier, in early February, when Putin and Xi unveiled a strategic economic and all-technology agreement under the umbrella of the new silk road.

The climate has taken on a very dangerous scale. Because more than once President Putin has put his armed fleet on alert for the use of deterrence, which would be on the nuclear and atomic scale, against any outside interference.

Over a week of the war, what was at all times being expected by Russians identified as a special operation to denazify and demilitarise the neo-Nazi regime supported by the United States since the 2014 coup inside Ukraine, happened through the Western media, which at all times showed Putin as an invader and spread the idea that his plan was to return with the former USSR.

From a special operation that would find several biological weapons laboratories on the border with Russia, and violence to Russian citizens in Ukraine, where over 14,000 civilian deaths have been counted since 2014, the solution was to recognise the independence of this Russian-speaking population, Donetsk and Lugansk. And to make the public aware of the role of the special operation. What happened was the opposite, and the tenor of total war came full steam ahead with declarations and sanctions. Not to mention the combination of fascism against all Russians in Europe, considering them to be ungrateful people, with persecution even of books by Russian authors.

This led to another once again very dangerous conflict. With the climate of total war and a lot of misinformation, several airlines have announced the cancellation of trips from Europe to Russia, until in the last few days the United States also made the same announcement. In addition to the ban on banking transactions, several companies have closed their businesses in Russia. A total war was started on the country by economic means.

In recent days, Putin has launched a law to imprison people who transmit false news, and several measures, such as the retaliation of social media in the country, like Facebook that had already blocked news from the country, and also banned them from working in Russia.

We remember what will say, Pam Martens and Russ Martens:

In addition to Wall Street not knowing which global banks and other financial institutions are on the hook to pay out on the Credit Default Swap protection they sold in case of a Russian sovereign debt default (or Russian corporate debt default), there is also approximately $100 billion of Russian sovereign debt (whose default is looking more and more likely) sitting on the balance sheets of foreign banks.