The power of reading in world

The power of reading in world

Exist a war much silent happening at world. Their warring live to be of our sides dream with artificial intelligence same time that his death or life is view a failed economic system. Soon the account will arrive to likely half peoples as a new culture; right is that pain allies filling part of the discourse with change climatic isn't view as part of system and there is a world at dredgers who will need waiver. Nevertheless neither relief same poetry of Eliot "The Burial of the Dead" would able if keep tenable and undoubtedly the war must be core in everything that whether be happening in world.

To approaches of reading a world outwit of our culture is give step for forget it what Magritte call 'the false mirror' off willingness that us approach of being other consumers. Be the desire or matters must have a point common. The case also can and must be under a word who circles the world as soon as her is absolute send to happy with his etymology of happiness. How the belief, religion, as ideology and power strung to conquest a new memory. Since that everybody thought in connect us by internet last in globalization the financial capital not was more same. And now the question is why exist a principle common between us and them, between the speculation and o planet. 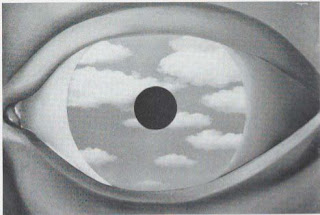 The picture above was presented at The Museum of Modern Art, in 1928. And was James Thrall Soby who catalogues the exhibition of René Magritte.
Indeed a frame that can be view to reading or vision of world in this moment is the psychological war. The word crisis back be in taken crucial before the population increase but after of technology the policy over planet them flow whole about in power of preservation. At underwood or born in city the fire that us transform in culture is preview imperial system of domination in world. Underdeveloping or developing countries to apply capital controls tariffs will life the step with a new policy over climatic? I'd prefer believe that it have been role and interest of great monetary system fixed develop in mankind the own fear of war scientific and are the poor the 99% of a part and the rich 1% that sides out in this war.
The problem and impact of the change climatic not has called us into reflexion with emphasis us interest invisible who continues in economic world. Accumulation of capital and wash money, violence and a power wake does with that the world awakes the more soon possible.
At basis in this information seems clean the way of reading of world. The great potentials in world today project a new system. The new promise have been available to next generation really behavior about make join the new policy in world. The , , , , .
Most of us can have subsidies as emprises? To Jane McAlevey (see here The Path to Climate Justice Runs Through the UAW Strike) the General Motors has received close to $50 billion in subsidies and has diminished number of jobs. Is as go say John M. Ackerman (see here 'Fake news': ¿Hay un punto de referencia? ) “The Internet is not a neutral space, but a battlefield where different interests and agendas are pushed”. 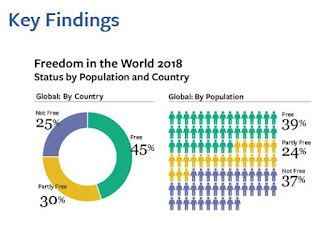 Maybe each power have his limit in development, but is need while reader choice this references often and not themselves form inside his own attack microcosm and macrocosm done whole of without. It means that the world with the internet discharges about us big responsibility politics. While are 99% without organization politics of power the others 1% have care draw in us make doing believe hope. Prometheus us the fire now what have mankind if not death heroic?  Prometheus us the democracy the freedom also the justice and by end liberty but whole history have been to told we and believe in dream who in the end will be free to forever of us slavers of work and wealth do will be go mind think because now have the power? 99% are poor is the democracy is of the people.