Between heaven and hell: aliens in war 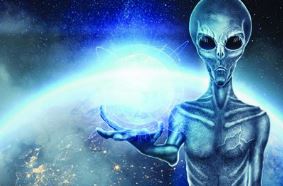 I said a few days ago that one had to go back to Günter Anders to understand about death. If we are too deeply involved in this story to take risks, then I invite you all to reflect between heaven and hell.

Starting with great witnesses of the war. First, they may ask under our faith path, they may also go back on the old question if God exists, why is this happening on earth? Then all people look at this world with total mistrust. But who makes or has made wars, if not men themselves? Here is another possible question: would men have enough intelligence? Would there be an exopolitc behind all this?

There is a clear boundary between reality and fiction or you are either on the side of truth or lies. But where does such a change in this boundary actually take place? So we will work with hypothetical money would it be true or lie that war only became a fiction to control our reality. What would an ex-politician have with it?

See it is only fiction.

Common among us is the idea of heaven and hell. Our imagination is controlled by this narrative. When you are born into a technical environment where your life has such a choice, the question is what is your choice between heaven and hell?

I imagine that within fiction we can go further, and ask: why would humans be exploring other planets? If at the moment as we are witnessing there is a war involving the world's two greatest armed powers, how could extraterrestrials help us? If they really existed, would you ask why they don't stop this war? Here comes the fictional surprise.

We think that among us there are many powers, they are divided between heaven and hell, so they occupy places in the major powers and have already become hybrid beings. There in command, they know all the limits of the human mind, and there they say who survives and who says goodbye. So we have come to so many wars, and the question remains, who are we, humans or aliens? If we are divided would the new age that starts in 2024 be the limit for the great revelation that this war on earth is no longer human? Wait for the next episodes of life running to survive in the war between heaven and hell on earth.