War diary my commitment is to the truth 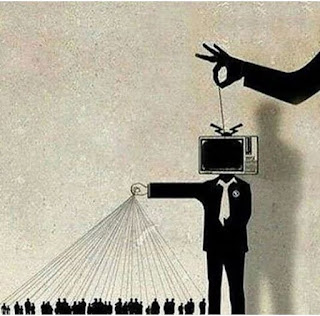 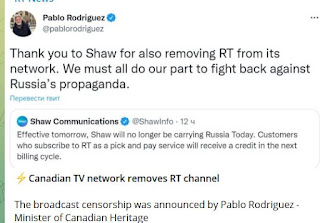 To start with some harsh words, I would say that censorship in the Russian media environment like RT agency, Sputnik, inside the EU is totally against freedom. First of all, a reminder to my last post when I brought the timeline of what is not put in the media. So the war is also in the cyber field, where the media comes out in defence of its master.

Well, what does the western media want if not to win the narrative that Russia is solely responsible for this war? So watch out for the warnings that will say Russia is attacking civilian people. Because it is a lie.

Here is another text that the Western press will not present to you about the war in Ukraine.

The United States does what it wants and nobody says anything. And their partners, what do they say? They say nothing.

The United States, in previous years, supposedly to guarantee its interests and its security has done harsher things, thousands of kilometres from its national territory, without any authorisation from the UN Security Council.

Yugoslavia was bombed, and on what pretext? With the authorisation of the UN Security Council? Where is Yugoslavia and where is the United States? They destroyed the country. Yes, there was an internal conflict, they had their own problems, but who gave them the right to attack a European capital? Nobody. They simply did it. Their allies kept quiet.

On what pretext did the United States enter Iraq? Development of weapons of mass destruction in Iraq. They went in, destroyed the country and created the space for international terrorism. They said our intelligence failed. That was the explanation.

And what we have here, no weapons of mass destruction, nothing compared to that, on the contrary, the military bases were destroyed, as it should be.

And how did they get into Syria? With the authorization of the Security Council? The United States does what it wants.

Translation of the video. President Putin.