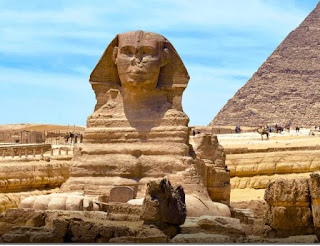 Impenetrable. Whatever you want or whatever you want. That's a puzzle, that's something that goes into a real Sphinx. Here, to believe is to decode. The verbs in infinity justify, not for nothing, our freedom - and therefore a total mistrust of technological reality bequeaths as imagination an especially necessary formula.

Da Vinci. Choosing the codes for the treatment of power has not been an easy task. Language, in general, is binary in the virtual world, 0 or 1, which could then by itself be justified as failure or success. Such a 0 would be nothing, and the 1 would be the first to arrive and conquer its power. The code here is expolitic.

The aliens are here. This is not news. However, believe it depends very much on the imagination. As it depends on the belief in the world leader to bring good to humanity. If we live in conflict and the struggle for power has always been seen, what would lead us to believe that such peace would come to humanity. The game is deep and until we have the pieces to fit together, it will be difficult to understand what is happening now.

This sphinx is still impenetrable. But, like all myths, it will be deciphered. As war knocks at the door of the imagination, humanity is moving towards nobody knows where. What presents itself is total control and it seems we are in the divided realm and families are always the same who arrive and stay in the binary place number 1. Number 0 has the chance of everything being confirmed as a lie and the classic statement is that. It is no 0 chance that there is an alien that messes with my mind daily, which I don't even know if it is human anymore. Between the number 0 and the number 1, I decided to pick nine to be born, which means another imagination, if you think about it, could be. I close with some thoughts on 2022. They say our reality will never be the same, they bring the goal as an ideal type close to Weber, ultra bureaucratic and supreme as the court of imagination. They are codes and it is up to us to decipher them. About who commands, it seems they are not the bosses of the land, it is still confusing to understand how and when it all fits together. But one thing becomes more and more certain, it is an expolitic who commands this place.